Ireland is the proud host of the one and only IBM Smarter Cities Technology Centre. This lab conducts research in water, energy, marine environments, city fabric, transportation and computing offering such features as Smarter Water, Smarter Transportation and Smarter Energy.

The lab is led by top researchers from leading academic institutions including Massachusetts Institute of Technology (MIT), the École Polytechnique Fédérale de Lausanne, Cambridge University, the Australian National University, and Trinity College Dublin. Additionally, the lab is directed and managed by individuals with significant experience at the IBM Thomas J. Watson Research Center.

The research lab conducts research in collaboration with leading universities, cities, and industry partners and focuses on science and technology for intelligent urban and environmental systems considering such areas as analytics, optimizations, and systems for sustainable energy, urban water management, transportation, and the underlying city fabric that assimilates and shares data and models for these domains. Even though it has been operating for over a year now, it still belongs to the pioneers in the field. A most interesting research centre.

As an example, we have added a link to IBM’s activities in the “Smart Water” space. 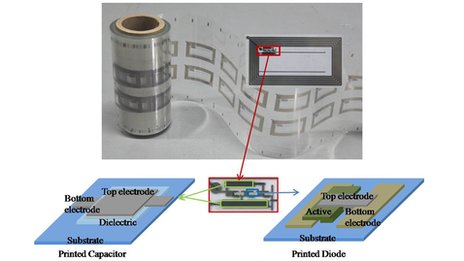 Rio’s City Hall’s Operations Center, which was launched in December 2010 after a risk assessment considering such challenges as extreme weather, traffic congestion and the upcoming mega-event Rio+20 (United Nations Conference on Sustainable Development), still remains one of the most advanced centers of its kind in the world.

The main function of the center is the integration of information in real-time allowing decision-making based on the best data by all city departments. Through this, highly-skilled operators are able to anticipate natural disasters such as landslides, and alert affected communities as well as to improve the response time to any sudden occurrence in the city, such as accidents and fires.

An estimated 600 employees work with representatives from 30 agencies responsible for  issues such as public transport, traffic, weather forecasting and civil defense. The center monitors the city 24 hours a day, seven days a week and is equipped with the largest screens in Latin America, consisting of 80 46-inch monitors that display the city’s everyday routine via cameras and other technological systems. Approximately 800 cameras from City Hall, the Police and other agencies feed into this center.

The idea of the Operations Center is simple, operators look at the screen to identify anything unusual in the routines of the city. The center is also equipped with a georeference system pertaining the main services provided by the city. Additionally, it has a Crisis Room where immediate solutions are discussed during emergencies.

The Operations Center was one of the first public facilities to be concluded ahead of time in the run up to Rio+20 , the 2014 FIFA World Cup and the 2016 Olympic Games — three of the many mega-events that the City of Rio de Janeiro will host in the coming years.

Natural disasters are a daily concern at the Operations Center. Rio City Hall purchased a weather radar that covers a 250 kilometer area around the city, making Rio the only city in Brazil to own such advanced equipment. Daily weather briefings are gathered by an expert meteorological team at the Control Room and all relevant information collected at the Operations Center is immediately broadcasted to Rio’s citizens via the media and social networks 24 hours a day.

All together and even after 2 years, this remains absolutely impressive.

Today we are reviewing IBM’s Intelligent Operations Center (IOC) which is, according to IBM, specifically designed to create Smarter Cities.

With raising populations, ageing infrastructures and shrinking tax revenues today’s cities demand more than traditional solutions. In IBM’s words, “Innovation is at the heart of a smarter city which is what provided this Intelligent Operations Center.” The IOC is designed to provide cities with the ability to apply insight and global best practices from 2000 smart projects worldwide to meet unique challenges. The result is exceptional citizen services and an increase quality of life enabled by shared information across agencies/ departments anticipating problems to minimize disruptions, and coordinating resources allowing rapid response to unexpected circumstances.

The IOC helps cities of all sizes to better manage and monitor the following services:

It will assist motorists on their travels with real-time traffic delay avoidance, a feature that maps the best route based on real-time traffic conditions. The system calculates ‘what-if’ scenarios to allow predictive analytics and smart decision making. To make the IOC work efficiently, a City Traffic Manager is to be appointed in each city to keep traffic running smoothly. As the image above shows, he or she is responsible to spot traffic disruptions and to initiate the smart calculations made by the IOC.

In case of an accident, the citizen will receive 3 alternative routes through his or her smartphone. At least one of the alternative routes includes public transport, guiding motorists to the nearest train/ subway station with available parking while showing fare and schedule information. Similar smart applications are provided for the other services that are listed above.

The Intelligent Operations System provides cities with an accessible tool to monitor and manage various services that contribute to making the city smarter and through that, more efficient.

According to us, systems like IBM’s IOS are vital to make a city function better.